There are few better ways to take in the stunning Annapurna panorama than trekking through the high glacial basin, known as the Annapurna Sanctuary, on your way to the Annapurna base camp. Located 40km north of Pokhara in central Nepal, this an amazing opportunity to take in the might of the surrounding Annapurna range, including the Nilgiri and Machhapuchhre, which rise up around you.

You can actually encounter several different ecosystems in the Annapurna Sanctuary itself, from the jungle of the south slopes to the colder and drier climate of the north. You could see wildlife such as tigers and leopards on safaris in lower-lying sections, and yeti, wild goats and musk deer up higher. Nepal's native people have their own religious systems and gods which co-exist with major religions, and it is known as a land of religious harmony. You can encounter many of the friendly Nepalese people as you travel through villages along the trek route.

Activities to do and major attractions

The trekking itself, and the socialising with people from all over the world you could meet along the way are two of the reasons why the Annapurna base camp trek is treasured. Along the route, there are a series of 'tea houses' which offer a chance to enjoy refreshments, rest and relaxation. Once you get to Annapurna base camp itself, you can bask in your achievement, and savour the amazing vistas of the surrounding mountains.

The Annapurna base camp trek is known as a relatively moderate trek which does not typically present problems such as high altitude sickness, which can be suffered on the higher peaks. Mountain sickness is considered unlikely, and there are many flat sections.

Annapurna is in an area known as a rain shadow, meaning it typically receives less rain than most other areas in Nepal. In the post-monsoon season of October to November, day time temperatures can reach 15°C, while at night time the temperature doesn't drop below freezing. From December to February, temperatures drop much colder in the day time, and well below freezing at night. From March to May, temperatures rise considerably, but at night time it is still around freezing. The monsoon season from June to September can pose the problem of torrential rain throughout the region and is not recommended as a wise time for trekking.

The best seasons for the Annapurna base camp trek are considered to be the spring (March to May) and autumn (September to December) in Nepal.

Benefits of this trek

- the convenience of relatively close proximity to the capital of Nepal and its major transport hub, Kathmandu

- access to a protected area, in the Annapurna Sanctuary, and the opportunity to see multiple ecosystems and rare species

- the possibility of meeting people from all over the world who can come to trek - you could make friends for life!

The Nepalese cannot easily be pigeonholed! They are ethnically diverse, due to migrations down the years from North Burma, Tibet, India and Yunnan. Pahari and Gurung people make up the main population of the region in which Annapurna lies. Typical professions in this rural region are based around agriculture and tourism. Nepalese people in rural areas live a simple lifestyle, and their local cuisine can be compared to Indian food, with a typical delicacy named dal bhat - a lentil soup served with rice and vegetables.

Are you enticed by the prospect of completing the Annapurna base camp trek? What are you waiting for? Start planning now for your 2021 adventure. 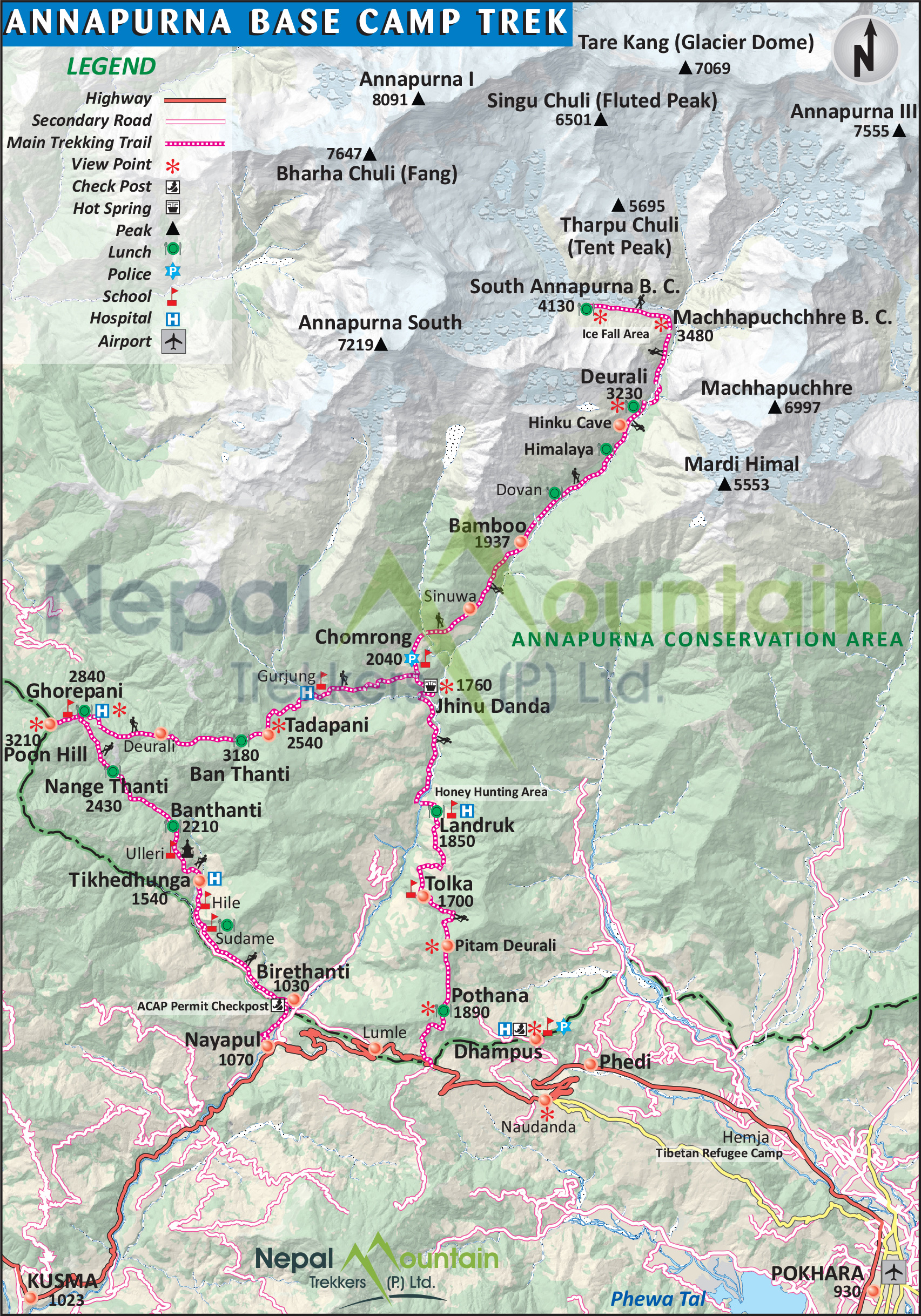 I had an adventure of a life time in Nepal with Nepal Mountain Trekkers. The company was very professional and their staff were amazing especially Suman Gurung our guide. Suman was outstanding. I highly recommend this company to you

Since my first email to NMTrekkers until the last day I am in Nepal, NMTrekkers has provided me and my friend a very good experience.

Ramesh helped me to sort out my trekking itinerary and answered my questions promptly, weeks before my arrival in Nepal through emails.

Our guide for ABC Trek is Pralad, a gentleman with good command of English. There is no problem in our communication and plus, he can speak Bahasa Malaysia quite well. Pralad is knowlegeable on the general history of Nepal, about the local cultures and the safety precautions that we have to be aware of during our trek. We are very satisfied and I highly recommend him for trekking activities.

Due to bad weather, we are unable to trek to Poon Hill and to finish the ABC trek but still, NMTrekkers managed to adjust our itinerary to fill the remaining days.

Generally speaking, this company has shown a very good enthusiasm in organising and making the best out for me and my friend..

It's been the first time for the two of us visited Nepal and do trekking through ABC, and all went smoothtly since day 1..

Yes, a little dissapointment hit us when we are not able to reach Poon Hill and ABC as per our itinerary.. Nature is unpredictable.. That is what I can say.. Heavy snow stops us from doing so.. Above all, we are happy and still enjoyed the breathtaking views along the trekking period..

Plus, we are accompanied by an excellent guide named Pralad.. He was the best for us as he can speaks in many languages (Nepal, English, as well as Malay), and also has good trekking knowledges and warmth approach.. We got a lot of information about trekking tips and also the culture of Nepal through him..

We wished we had another time with NMTrekker to complete the ABC trekking or Annapurna Circuit Trekking in the future.. Nepal is a wonderful country and make us feel relax while trekking..

Really hope we can come accross again in other time.. We are looking forward to your good services..

Thank you Ramesh for once again organising my group trek. You are extremely efficient and have a great personality, you are easy to communicate with both via email and face to face. Congratulations for having a great team especially TB Ghale who is your Operations Manager and top guide. TB is known for his easy going manner. Always happy polite and one step ahead of his clients requirements. We always feel safe when he is leading us on our mountain adventure. On the ground your staff in the office are very efficient, road vehicles well maintained and always punctual. All accommodation suggested is clean and comfortable. See you all again next season