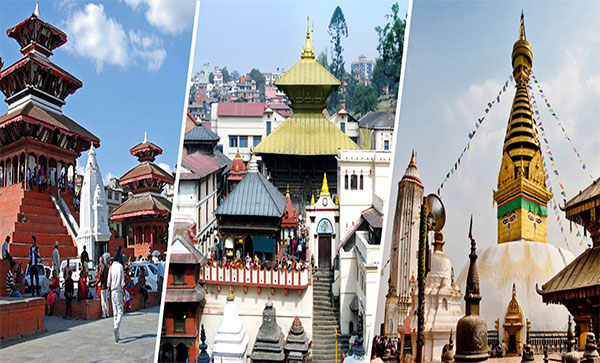 And when you walk around the world, babe
You said you'd try to look for the end of the road
You might find out later that the road'll end in Detroit
Hon', the road'll even end in Kathmandu – Janis Joplin

I think I'm going to Katmandu
That's really, really
Where I'm going to
If I ever get out of here
That's what I'm gonna do-  Bob Seger

Katmandu, I'll soon be seein' you
And your strange bewilderin' time
Will hold me down -Cat Stevens

And dozens of popular mainstreams, as well as uncelebrated artists around the world, have expressed their opinion about this small ancient kingdom, Kathmandu. Mostly, during the Hippies Era when the peace lovers traveled in their Magic Bus throughout the world to Nepal for the magic herb and in search of peace, many artists have mentioned Kathmandu in many Rock N’ Roll songs. A few of the then very popular artists have also visited Nepal and expressed their love towards the nature and culture of Nepal in their own style.

Let’s start with the evolution. It is believed that Kathmandu was founded in 723 by Raja Gunakamadeva and was named Kathmandu with reference to the wooden temple that was built with the woods from a single tree by Raja Lachmina Singh in 1596 named as Kasthamandap (Kastha = wood, Mandap = Temple). Before that, it was recognized with many other names, and people from different places and from different cultural backgrounds had, or say, they still have, some unique name for this city. Many emperors did rule this kingdom and the last one was the Shah dynasty, the one which united small states and formed the nation, Nepal.

Talking about tourism, all thanks go to those hippies who came around here on their magic buses. It is believed that after the freak street in Kathmandu, which is still recognized as freak street because of those times, the Round Annapurna (Annapurna Circuit in recent days) was the only trail that was discovered by foreigners and with time the alluring nature of Nepal drove the attention of a greater number of tourists to all the other regions of Nepal. There are still some trails that are just being discovered. Despite the geographical size of the nation, Nepal is huge and gigantic enough to sacrifice an entire lifetime.

Kathmandu, currently the capital of the nation and the only city in Nepal till the date with an international airport is and has always been recognized worldwide for the temples, arts, architectures, unique food, and attire (mostly Newari as the main residence here are Newars), the culture and tradition and of course, the sceneries. So, what are the places that one must visit in Kathmandu? Here’s a list of some:

Note: In April 2015, the massive Earthquake has affected some of the architectures in Kathmandu which are currently ongoing renovation and are about to get accomplished soon.

About the things to do while you are in Kathmandu:

And hundreds of more activities to do that will make you feel that once in a lifetime is not enough to explore Kathmandu and so is one piece of a blog to explain them well. :D

You can check our One Day Kathmandu World Heritage Site Tour for more information and exploration of this city of temples, Kathmandu.

Thank you for reading this article and have a wonderful time ahead!